HomeEntrepreneurshipHere's the 10X Rule in a Parable

Here’s the 10X Rule in a Parable

10X Ted is the story of Ted, who leaves behind the Land of Normal in X Town to live in the Land of Excellence—10X Town.

Are you living your dreams— or just living normal?

Ted lives in X Town, an average town in the Land of Normal. The Land of Normal is a place where everyone does what is expected of them and no more. It is a comfortable place. One day Ted gets tired of living in X Town. He wants to move to the Land of Excellence where 10X Town is. He heard it’s better to live there, but difficult to get there—and stay. “Let’s travel to 10X Town in the Land of Excellence!” Ted tells his friends Negative Nancy, Pessimistic Patty, and Debbie Downer. 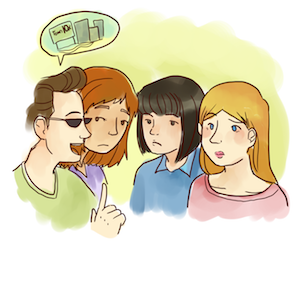 Outside of X Town, in the Land of Normal, is a deep grassy area where the Party Poopers prey. Party Poopers are two big monsters called Scaremonger and Naysayer. What’s this?” asks Ted. “This is where the Party Poopers live!” Yells Pessimistic Patty. 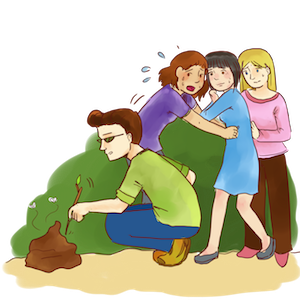 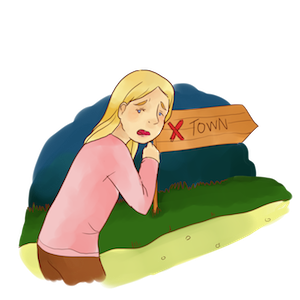 Ted is tired of living in the Land of Normal. He ignores Naysayer and Scaremonger and continues on his journey. Beyond X Town—past the Party Poopers— begins the long, tiresome Extra Mile. This is a long path that connects the Land of Normal to the Land of Excellence. 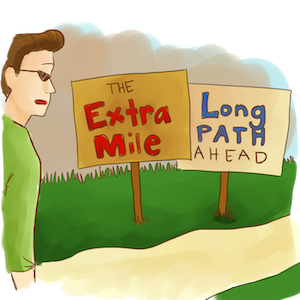 Ted begins to walk along the path. Soon, the Extra Mile goes up the steep Hill of Hindrance. Everyone who wants to go to 10X Town in the Land of Excellence has to climb the Hill of Hindrance. It’s steep, and the wind comes down pushing people back. Ted’s legs are tired, and he sees a hole to escape. He enters. 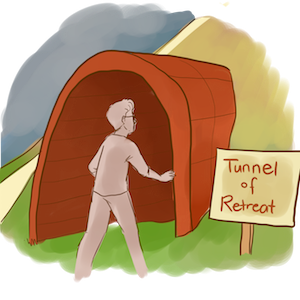 Ted does nothing for a while. Soon, he is bored. He goes back up the Tunnel of Retreat. It would be easy to go back to the Land of Normal now. 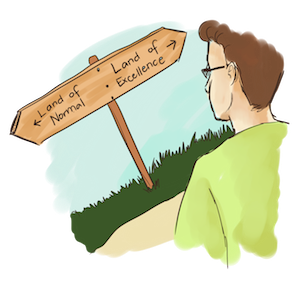 Ted decides to try to go up again. It’s difficult, but he must keep trying. Nobody makes it up the Hill of Hindrance without persistence, because it’s long and hard. After much work, Ted makes it to the top. The Extra Mile is almost finished. The Land of Excellence is near! 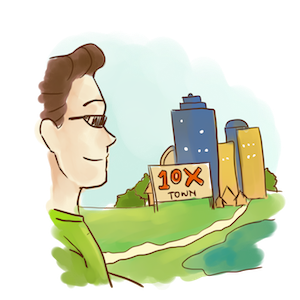 Ted starts to live in 10X Town, but he soon notices he’s not very comfortable. Then he remembers how scary it was going past the Party Poopers, how difficult it was climbing the Hill of Hindrance, and how tiring it was walking the whole Extra Mile. 10X Town isn’t easy, but X Town wasn’t so fun. It gets boring always being comfortable. Ted makes a commitment to stay in the Land of Excellence. He works hard! Meanwhile, back in the Land of Normal, Negative Nancy, Pessimistic Patty, and Debbie Downer are comfortable. 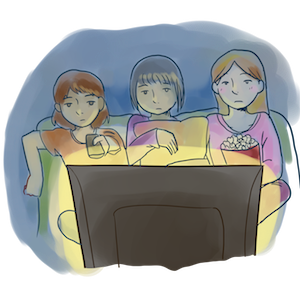 You just read a small story about a very large idea.

This compelling modern-day parable for my GCTV followers tells the story of Ted, who dares to leave behind X Town to pursue his 10X Life. You, too, can make a 10X Life. Do you have dreams that are out of reach? Are you waiting for something or someone to make your dreams happen?

You were made for 10X Town. Now it’s time to begin your 10X Life. Every kid has a dream to pursue, every adult has one too. Let go of the “Normal,” stand up against the “Party Poopers” who control by fear and negativity, and follow that dream along the Extra Mile up the Hill of Hindrance, beyond the Tunnel of Retreat, to the Land of Excellence.

People retreat because success is harder than expected and they give up. People do nothing, for a time, because of the discouragement after retreating. People do what’s normal because it’s socially acceptable and easy. People go massive when they are sick of normal and willing to do the hard things persistently.

Be great today, find your land of excellence.

The First Step of a Nutrition Program – David Karli

What is Liquid Capital for a Franchise? | FranFinders